In Search of Livi Starling

“Do you ever wish you were destined for something great?”

Despite her best efforts, Livi Starling will probably never make the history books. Her life is far too ordinary. Unless you count her talent for animal noises, her inability to tell the truth, her desperate desire for a mother, or the fact that her only friend is a painfully shy Jesus-Freak who collects banana stickers.

Having been brought up in the sleepy countryside by her older sister, Livi has always dreamed about the great life she could have had and takes no time in reinventing herself upon their arrival in a new city. However, her quest for greatness is about to be disrupted by two startling discoveries:

Her father is just around the corner.
She is not who she thinks she is. 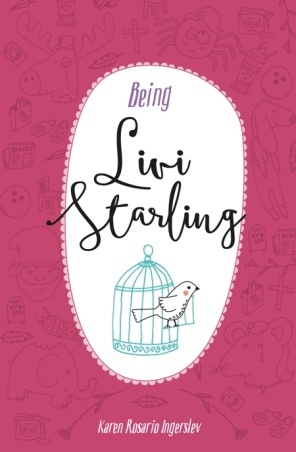 “It’s bad enough having a hopeless earthly father; how am I meant to impress a perfect heavenly one?”

She may have said ‘a little prayer to Jesus,’ but Livi Starling really isn’t sure she’s cut out for the Christian life. For a start, she can’t stop lying. For another, she’s bitterly angry with her father and horrified when Ruby suggests she ought to forgive him. Then there’s the turmoil of trying to impress a certain boy at youth group, not to mention the ongoing war with Kitty Warrington’s gang which leads to HUGE trouble at school.

To make matters worse, her sister Jill is as depressed as ever— what will she say when she finds out Livi’s joined the ‘Crazy God Squad’?

“Less than six months ago I had no need of either God or a boyfriend. Suddenly I was pretty consumed with both…”

How can God possibly know what it’s like to be a teenage girl? Can Livi Starling truly trust him with all of her life? Even the really tricky bits like dating boys and dealing with nasty new girls and whether her mother is in Heaven?

Determined to prove her devotion to Jesus, Livi is committed to converting as many people as possible, starting with her sister Jill who simply must be saved by the summer. If it will help win God’s favour, she’s even willing to break up with Joey— although God will need to speak very clearly for THAT to happen. 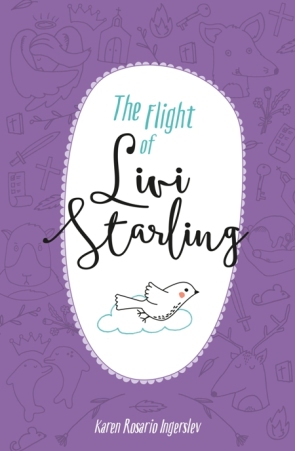 The Flight of Livi Starling

“I don’t want to settle for comfortable Christianity…”

“You can have as much of Jesus as you want…”

Despite being a Christian for almost three years, Livi Starling is convinced she’s missing something. Surely the life of a radical believer ought to be a little less ordinary? Where’s all the power the Early Church seemed to walk in? Where are the miracles? The healings? And didn’t Jesus say something about casting out demons?

Desperate for the fire of God to fall, Livi starts up revival meetings in her bedroom. To her dismay, not everybody is impressed with her pursuit of more; her youth leaders are less than thrilled to hear her talking about demons and even Ruby grows tired of their fruitless attempts to heal the sick. To add insult to injury, whilst Livi is busting a gut to see results, Annie is having great success without even asking for it!

Wholesale orders can be made through CLC Wholesale or by getting in touch via the contact page.